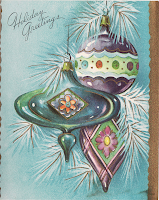 In 1950's the country was thrilled to be done with war, it was a new optimistic decade and there were many families in the suburbs with more space and money then they'd ever had. Christmas was now a bigger event and so was the sending of Christmas cards.


Christmas cards in the 1950's were generally brightly colored, light-hearted and joyful. Hallmark introduced a line of comic Christmas cards during this time that were popular. Christmas cards were sent to everyone people knew: family, neighbors, friends, bridge club members, school faculty, co-workers and old buddies from the war. The lists were long and it was a lot to keep track of.

During this time many products were created to display, store and keep records of a person's card sending. I have a couple of these organization booklets shown here that were given away from M&M Savings in Springfield, Ohio.


Christmas card sending reached a peak in 1958 in the U.S. and it's never since been matched.

Do you send Christmas cards? I love the tradition of sending them and receiving them. I like to have them displayed. It's certainly something that has faded over the years, but I hope it will always continue. 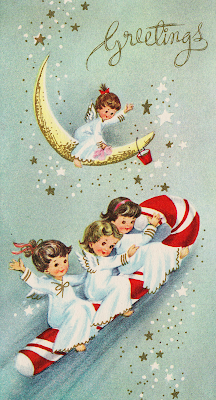 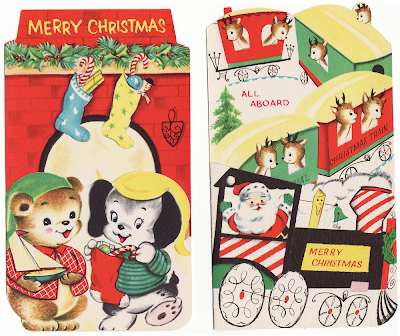 Posted by PonyBoy Press at 5:45 PM