The Webfooter's Postcard weekend is over and it was a great time. The Friday night auction was lots of fun and there were some amazing deals!

The weekend show was a good time. Lots of great stuff to look at and people to see. It was great to see some of my friends there for the first time. It was also a real pleasure to be able to have a nice long talk with Karolyn Grimes, about her life and her roles in the films "It's a Wonderful Life" and "The Bishops Wife". She was such a delight and it was so neat to be laughing with her and saying our favorite lines from "It's a Wonderful Life". I could quote that whole film, as I'm sure she could. She is such a doll and she looks so much like she did as a kid. 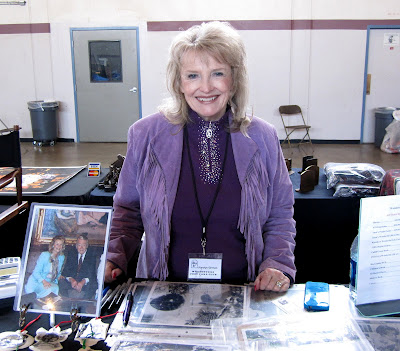 Another neat thing to see at the show was a club member's personal collection of vintage beauty products. She brought them and displayed them on three tables just so people could see them. Apparently, she keeps them all in her bathroom! I love vintage packaging. 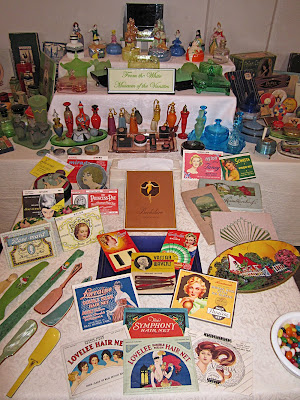 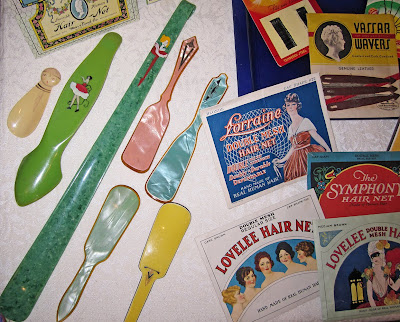 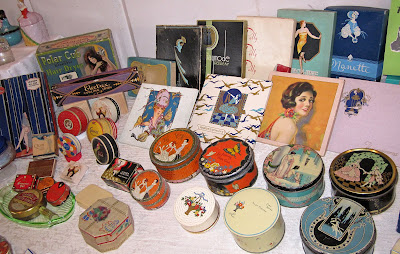 I got some great photos and postcards and I'll share some of them in future posts.

In the meantime here is a Easter Postcard I got at the show. I like how it is dark and not the usual Easter pastels. Hope you all have a wonderful holiday weekend! 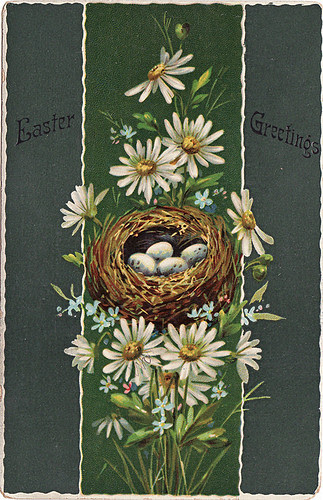 Come Meet Karolyn Grimes, "Zuzu" from It's a Wonderful Life at The Webfooters Post Card Show this weekend

I can't believe I forgot to mention this is my earlier post, but perhaps it's best because it merits it's own entry. There will be a celebrity at The Webfooter's Postcard Show this weekend and I'm betting she was in one of your all time favorite films.

Pretty much everyone loves the film It's a Wonderful Life. Many of us may have even seen it more than any other film. One of the most memorable scenes is when George Bailey, who's at his wit's end, visits his daughter Zuzu who has a cold.

Karolyn Grimes is the woman who played Zuzu in this film and she appeared in many other films during her childhood. It's super exciting that she will be at The Webfooters Postcard Show and Sale this weekend. She'll have a table and will be selling and signing memorabilia. I really like this 8x10 image of the whole cast: Karolyn was also in another great Christmas film, The Bishops Wife. This is a lovely film. And Cary Grant and Loretta Young are so wonderful in it.

So, come by The Webfooters Show this weekend and meet a woman who was a part of some of the most classic films made. You can learn more about Karolyn Grimes at her website. The Portland Post Card Event of the Year! April 15-17

Hey Folks, It's time for The Webfooters annual Postcard Show and Sale. If you are in Portland or near you should really come to this event.

There is an auction Friday night. It starts rather early with the preview at 3:30, the dinner at 5 and the auction begins at 6:30. It takes a while to auction all the amazing stuff off, so we have to start early. You can even view some of the auction lots on The Webfooters site here.
Below are two of the auction lots. 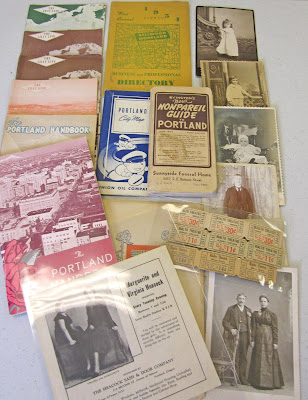 You need to make reservations to attend the dinner, but not the auction. It's a really fun time with a small group of friendly people and there are great deals to be had! Plus, a part of the sales help The Webfooters put on the auction and show the next year.

Then Saturday and Sunday is the Show and Sale. Vendors from all over the country will be tabling there, selling all kinds of vintage postcards, photos, and antique papers, including things like magazines, comics, greeting cards, menus, pamphlets, matches, business papers...really a number of amazing thins. Look at these jumbo matchbooks I got a couple years ago. All in perfect condition. I actually got 5 all together. 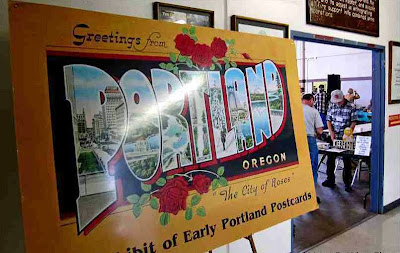 The cost of the show is $2.00, but you can save your ticket and use it the next day as well. The show is at the Jackson Armory at 6225 NE Cornfoot Dr in Portland.

The heart of postcard and photo collecting is an interest in history, but so many many things intersect. You will be astonished at the diverse collections people will have - and how much your personal history is represented. If you like history and paper I hope you come by. There will be lots of Portlandcentric items as well. All the details are on The Webfooters website.
Posted by PonyBoy Press at 9:33 PM No comments: