A great photo from the blog Airform Archives
Posted by PonyBoy Press at 11:37 PM No comments:

These first two bear postcards from Yellowstone are linen postcards. Linen postcards were popular from 1930-1945 primarily, although, some were printed till the late 50's.

Linen postcards became popular because not only were they 100% rag, but they were cheaper to produce and the rag content meant that they took the dyes better. The rag base is one of the reasons these postcards still look so good and of course, the rich colors are what make them so beautiful. Even when the colors aren't vibrant, they still look rich and the cards have such a nice feel.

Linen postcards stopped being used because color "chrome" postcards came on the scene. 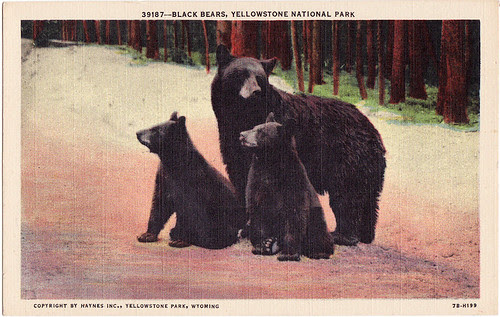 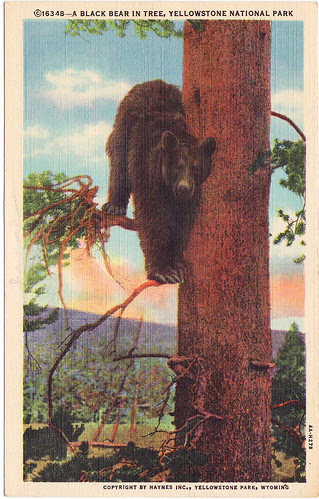 This is a postcard from Grandfather Mountain, North Carolina 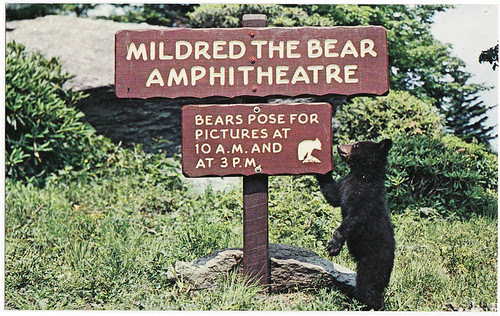 In 1968, Hugh Morton purchased one male and one female black bear with the intention of letting them loose into the wild. The female bear, named Mildred, refused to revert to the wild and Grandfather Mountain was required to recapture her and keep her enclosed for her own safety. At first, Mildred met the public at a roadside amphitheater four times every day. Then, in 1973, a beautiful Environmental Habitat was built for Mildred and her family. The habitats have since been expanded to include bear cubs, river otters, deer, panthers, bald eagles and golden eagles.
Mildred was around till 1991. There are many pics on the web of her. Here is one of her with Hugh Morton. 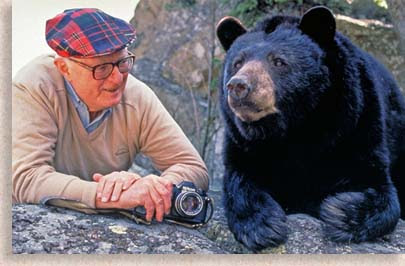 Posted by PonyBoy Press at 1:12 PM No comments:

Wishing you a weekend of nice weather, pretty views and good company. 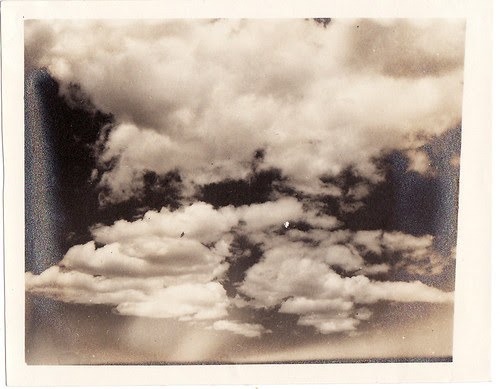 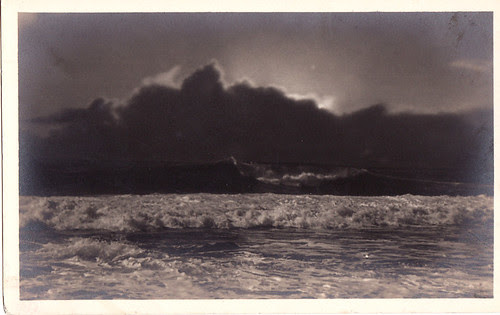 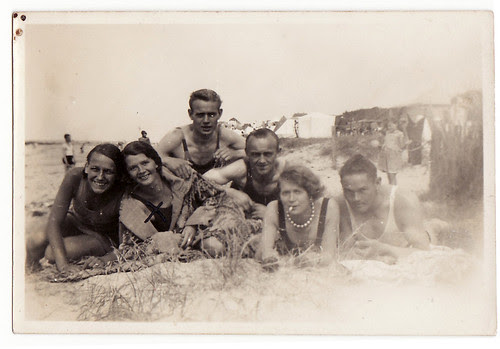 Have a wonderful Independence Day!
Posted by PonyBoy Press at 9:25 PM No comments: