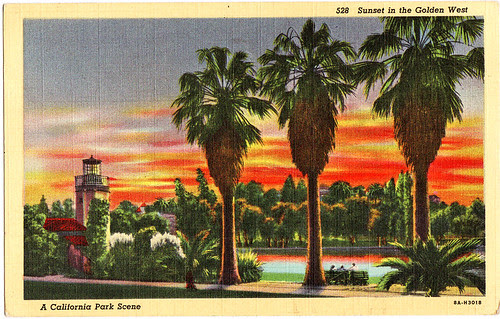 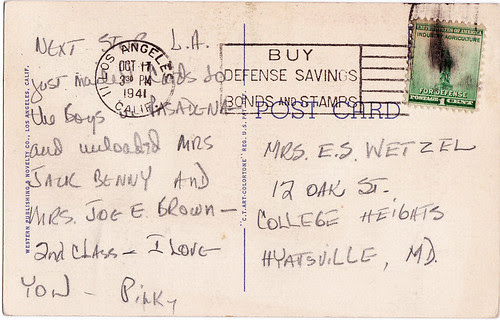 I wonder if they really dropped off the Mrs Jack Benny. I just had to look up Joe E Brown and apparently he was a comedian and movie star and was really quite big in the 20's and 30's. He is best known as the rich guy in "Some Like it Hot".

I am guessing Pinky is joking, but it is fun to wonder.
Posted by PonyBoy Press at 8:33 PM No comments: 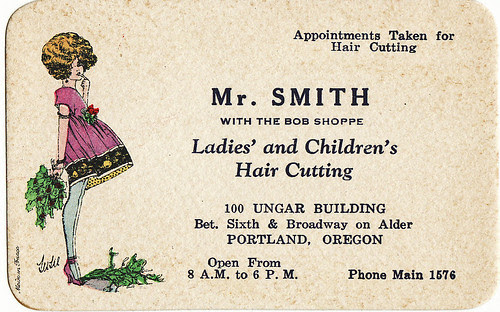 A beautiful business card from, I assume, the late 20's. Bob hair styles were first seen during WWI, but became widely popular with the younger generation by 1921.

Because there were no hair salons for women back then, the young women who wanted to chop off their locks had to invade the barbershop and some men's barbershops had long lines outside of young women waiting to get their hair bobbed. The men were not thrilled. 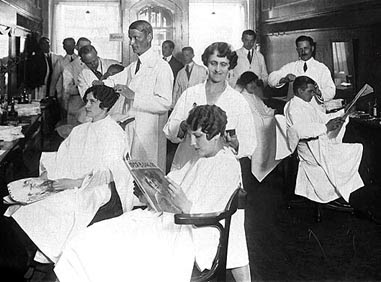 The image here is from this website where you find out more about the history of The Bob.

To My Dear Aunt

Being a Aunt, I am very fond of pretty vintage postcards made just for Aunts. I have a few of them. This one is especially pretty and has a curious message. It has no address or stamp and is written in pencil and cursive. It looks like an adults writing. 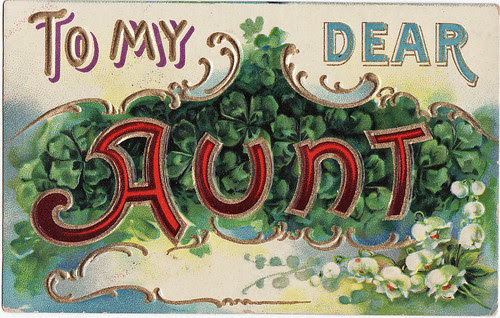 I know you dont lik me but accept this card for good luck.


And here is another picture postcard sent to an Aunt 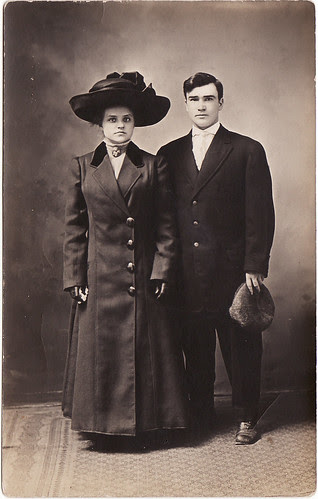 Best Wishes to all for a Merry Christmas 815 Grant St

Received your letter. Was glad to hear from you. I am enjoying married life in the nicest way and getting along fine. I have a lovely man and a nice home and he is so good to me. This is our picture. Fannie

Something I like to do is look up some of the addresses on these old postcards. Many do not have full addresses, but this on does in the return address. If you want to see where Fannie and her new husband lived, click here.
Posted by PonyBoy Press at 9:10 PM 4 comments: