I love old movies and am very fond of certain stars from the 20's to the 50's.  I have in the past come across a number of postcards of celebrities with images of their houses. These must have been sold in tourist shops and on corners along with the maps to the stars homes.  Linen postcards from the 40's and 50's are what I've come across the most. Here are two I've collected. 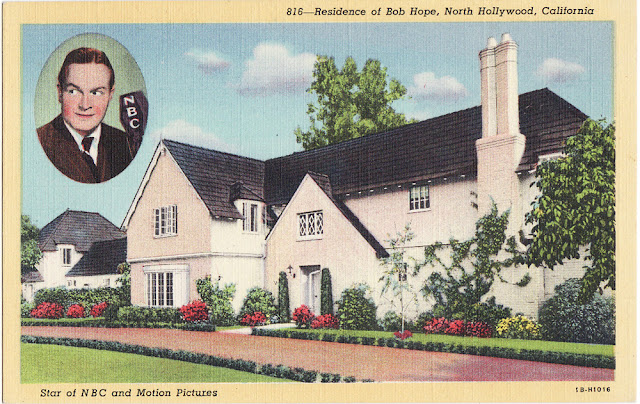 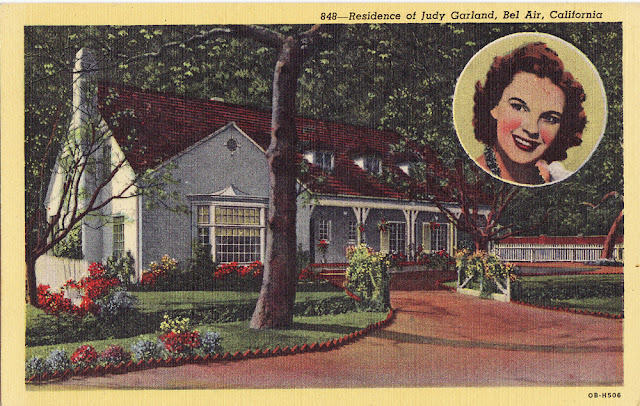 I just posted a really Old Hollywood postcard booklet in the Etsy shop that shows homes of the stars the Hollywood studios. The stars in this booklet are Mary Pickford, Douglas Fairbanks, Charlie Chaplin and Clara Bow! I have never seen one this old before. It's in great condition, too. Also, I have never heard the phrase "Screenland" before. 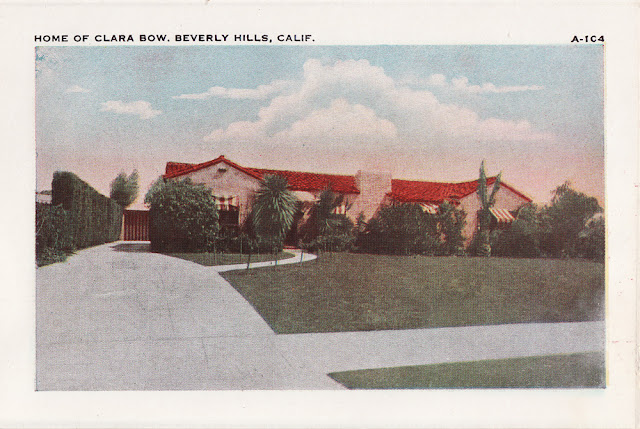 Above is a picture of Clara Bow's house from the booklet. Could this by the house now? According to Wikipedia she lived at this address in 1930 (from the 1930 census).

By 1927 Clara Bow was Paramount's biggest star. The movie "It" gave her her nickname "The It Girl". I was just looking at some videos of her and this one from the film "It" is great. Not just for her, but dig those crazy carnival rides.

Posted by PonyBoy Press at 6:47 PM