sitting for a picture

About a month ago I watched the PBS show 1900 House. This is one of those shows where people go live in a house that is designed exactly as it would have been in a certain period and they have to eat and dress and live their lives as people did at that time. I love those kinds of shows.

In 1900 House they had one scene where Dad took the family out to the garden to pose for some pictures. He used a large camera with glass plates and developed them at home, I believe. I wish there was a video of that scene because it was very interesting. Seeing him set the camera up and do all the stuff he had to do and then watching them sit still for 5 seconds while he snapped the image was enlightening. It made me view the many black and white images I have from that time period with a little more color. It became a little more real to me.

About a day or two after I saw that show I came across these glass plate negatives. It was a nice moment to have it all come together in a way. 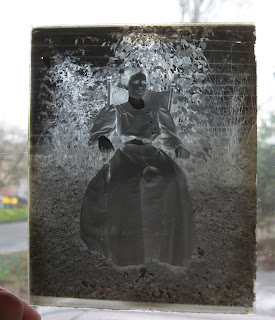 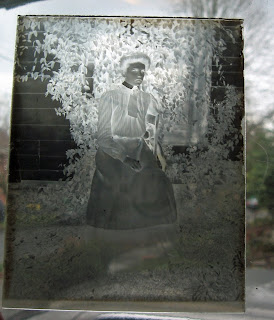